Is your blood grouping associated with personality and intelligence?

Is your blood grouping associated with personality and intelligence?

Full list of author information is available at the end of the article.

This cross-sectional descriptive study comprised 200 healthy individuals (faculty and students of a teaching hospital). The blood typing of the participants was carried out by the standard tube method and the Big Five Inventory, a personality questionnaire containing 60 questions and the Naglieri nonverbal ability test, a mental capacity testing form, with 20 nonverbal questions were distributed, which were solved by all participants in a given time. After obtaining the results, scoring for personality traits and the levels of their IQ were determined. Data were analysed to find associations between personality traits, IQ level, and the ABO blood group.

ABO blood grouping may determine distinct personality-wise characteristics of an individual which may or may not be related to the IQ levels.

Blood groups are one of the attributes on which population around the world differs.1 More than 300 blood group systems have been discovered until now. The two most clinically significant blood group systems are ABO and Rhesus (Rh). Genes for this system are located on chromosome 9.2,3 On the surface of red blood cells, there exist inherited antigens (antigen A, antigen B, and antigen AB); their presence or absence determines the ABO blood group of an individual (whether it will be blood group A, B, AB, or O). These antigens also exist on the surface of other body cells as well as in several body secretions like saliva. The Rh blood group is based on the presence/absence of Rh-D antigens located on chromosome 1.4

Personality is a group of characteristics and traits that reflect how people act in various circumstances. Personality traits help one to gain information on the mental and physical health of an individual.5 Literature reports that 50% of the personality traits are heritable.6 The present study focused on the following five important personality traits:1

Intelligence is a concept and a hypothetical formation that does not correspond to anything physical that a person owns. It cannot be directly noticed, so it cannot be properly quantified. However, we can deduce its effects and outcomes using mental tests. Intelligence quotient (IQ) is the percentage of the ratio of mental age to chronological age. The genetics of an individual and the environment in which the individual lives influences the IQ.7

Studies propose an association between blood groups and other heritable traits.3 The ABO blood group has also been related to various medical conditions, for example, pancreatic cancer and myocardial infarction.8 Human psychological behavior and related disorders like anxiety and depression are also linked with the ABO blood group.9,10 The concept of blood types influencing personality traits originated in 1927 with the publication of “The Study of Temperament through Blood Type” by Furukawa.11 Given that separated twins eventually develop personalities resembling their parents, personality may have a significant genetic component. Compared to their foster parents, adopted children are more like their biological parents. Personality is thought to be 50% heritable and blood groups are also inherited. All these beliefs signify that blood groups can be associated with the personality of an individual. Several investigations have observed a link between personality traits and blood type(s); however, the final evidence is still debatable.1,3,12 This study is aimed to uncover the relationship between the Big Five personality traits (extraversion, agreeableness, openness, conscientiousness, and neuroticism), IQ levels, and the ABO blood group.

Knowing a person’s blood type may thus be useful in identifying the associated personality features in the future.

This was a cross-sectional analytical study of 3-months duration (May-July 2022). This study was approved by the Institutional Ethical Review Committee. A total of 200 healthy individuals (faculty members and students), between 21 and 30 years of age, were enrolled from Gulab Devi Educational Complex, Lahore, Pakistan, through nonprobability (convenient) sampling technique. Before enrolling participants in the research, they were asked to provide written informed consent. To comprehend the relationship between personality and blood types, the “Big Five Model” of personality traits was adopted. It was a 60-question-based validated standard questionnaire on a 5-point Likert scale ranging from 5 (strongly agree) to 1 (strongly disagree).13

The ABO blood grouping via test tube method was carried out to identify the individuals’ ABO blood group. Blood samples (2 cc) were taken from recruited research participants in ethylenediaminetetraacetic acid vials. The researchers performed and recorded the results of all the variables in the research by themselves.

The frequency and percentage of the blood groups are shown in Table 1. Group B positive (+) formed the most of our study population, while B negative (-) was the least frequent blood type.

Table 1. Frequency of blood groups among the participants (n = 200).

Table 2. Distribution of blood groups according to the means of personality scores (n = 200).

Gender-wise stratification of personality traits is shown in Table 3. The overall scores for “Agreeableness” and “Openness” were highest in both genders. Chi-square test showed an insignificant association between gender and personality types.

Blood groups are observed to be associated differentially with personality traits and IQ levels. The blood group is an inherited trait, and various ABO blood type genes have been linked to personality traits. Regarding the individual level, there are some genes called “catecholamine genes” which are linked to the ABO blood group and personality. These include dopamine beta-hydroxylase (DBH), catechol-O-methyl transferase (COMT), and monoamine oxidase A. Variations in dopamine function appear to be associated with variations in the personality. Also, the dopamine gene, i.e., the DBH gene, shares a common chromosomal position with the ABO gene, i.e., chromosome 9. The allele of another gene [COMT gene: Methionine (MET allele)] has been found in association with the Big Five personality traits (extraversion, openness, agreeableness, neuroticism, and conscientiousness).13

The current study demonstrated that there exists a significant relationship between the ABO blood group and personality trait “agreeableness,” while no significant association is found with other personality traits. There are only few studies that have reported a significant association among the ABO blood group and personality traits,15,16 while the majority of the studies in the literature show the results contrary to this.3,5,12,15-18 Sivaraman et al.16 from India investigated 250 medical students aged 17-29 years using Eysenck’s questionnaire. They discovered that introvert behavior in students with the “AB” blood type differs considerably from other students; extrovert and neurotic behavior in students with the “AB” blood group differ significantly from O, A, and B blood groups.14 Tsuchimine et al.12 reported among 1,427 healthy Japanese people, ranging in age from 18 to 69 years, that blood type A had a higher persistence score than the other blood groups. The current study demonstrated that extraversion was highest in individuals with the O blood group and lowest in individuals with the A blood group. Similarly, “Agreeableness” score was found to be highest among individuals of blood group B and lowest among blood group O. In the present study, we deduced that there is no association between blood groups and IQ levels. This finding is consistent with the previous studies.19,20 Kanwal et al.21 reported that blood group O is associated with high IQ scoring among students, thus showing a link between blood groups and IQ of the students. 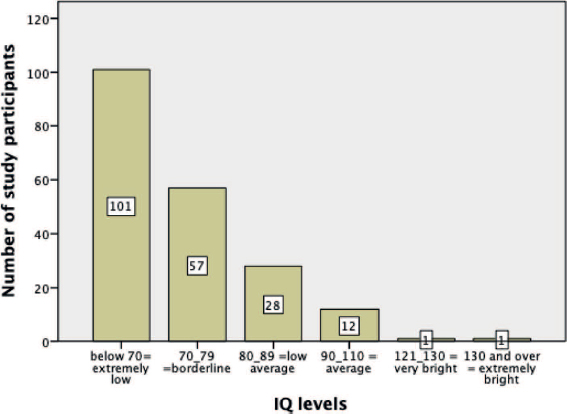 Figure 1. Distribution of IQ ranges in the study population (n = 200). 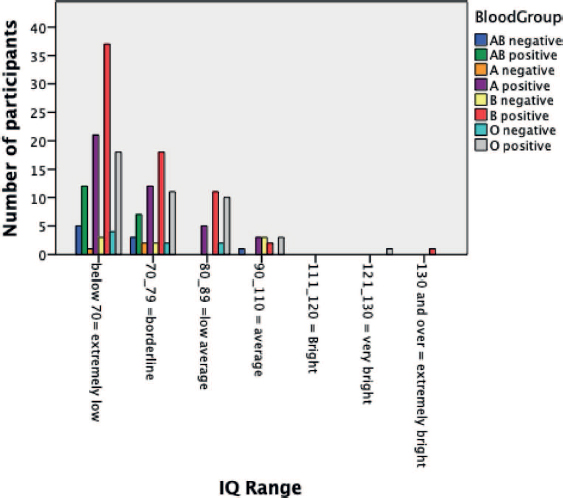 Table 3. Distribution of personality scores according to gender (n = 200).

Gender may play a significant role in how people perceive and behave. Therefore, in the current study, we also looked into how gender affects people’s personality traits. In both males and females, “Agreeableness” and “Openness” scores were highest. When scores of these traits were compared among both genders, females showed greater mean scores than males. Overall, no significant gender-based predilection toward any personality trait was seen. Here, it is important to mention that majority of the study participants were in the same age group (21-30 years) and experienced a similar professional and educational environment, both of which may have an impact on their personalities. Similar findings from the literature, where women scored higher than men on agreeableness, are found. According to Kumar et al.,3 females show more energy, friendliness, love, consideration, and helpfulness as compared to males. A study from Bangladesh also supported the recommendation that female personality significantly differs and bears more positivity compared to the male personality.20

The Eysenck Personality Inventory and the Cattel Personality Measures were employed in several prior investigations, while the inventory of the Big Five Factors of Personality was used in the current study.5 All of these measures were developed to evaluate personality traits, but their designs and psychometric features vary. The population in the current study varies in terms of social factors, environment, culture, and ethnicity. These factors can be a reason for variation in results among different studies in different populations.

The study concludes that few, but not all, personality traits may have a significant association with the blood groups of individuals. IQ levels may differ among different blood groups, but this relationship needs to be explored further.

Limitations of the study

The current study was confined to only one institute; therefore, the results of the study may not be generalized. Female participants were more than the male participants, which could be a factor for the aberration from the results of different studies conducted in other regions of the world. Moreover, we did not include genotyping of the ABO blood group.

The authors are grateful to the whole faculty and students of Gulab Devi Teaching Hospital, Lahore, Pakistan, who took part in the study. The laboratory technologists and other staff who performed the blood grouping are also acknowledged.

KM: Conception and design of the study, drafting of the manuscript, and acquisition and interpretation of the data.

SHK and FJ: Data analysis and contribution to the manuscript for important intellectual content.

FW, MA, and AB: Acquisition and analysis of the data.

ALL AUTHORS: Approval of the final version of the manuscript to be published.